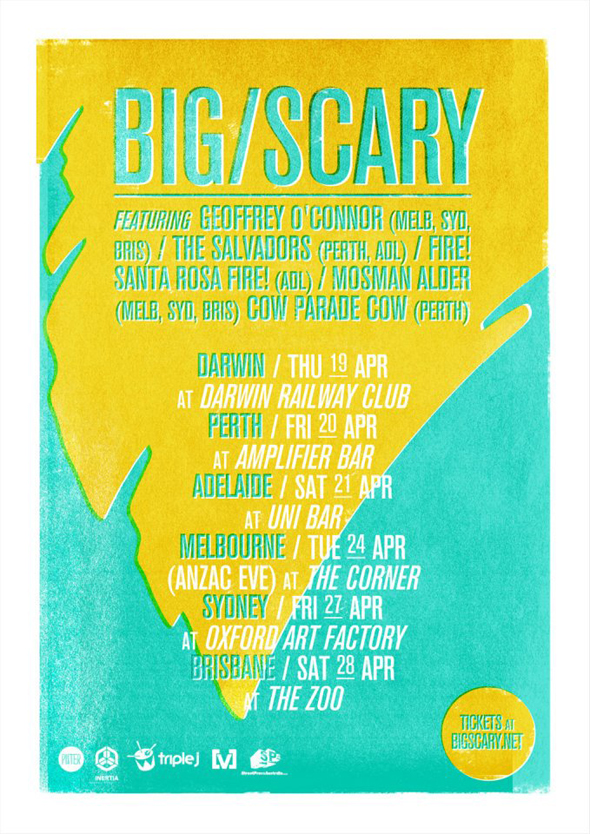 Melbourne duo, Big Scary will be taking their unique blend of indie pop to all corners of the country this April, in support of their critically acclaimed debut LP 'Vacation' - named one of Richard Kingsmill's top 10 albums of 2011.

Having played a small run of sold-out intimate performances in October, the 'Vacation' tour sees Tom Lansek and Jo Syme return to the stage in all their genre bending glory.

"This will be the biggest national tour we've ever done. We've been practicing hard and we're looking forward to taking the 'Vacation' songs, and a smattering of even newer material on the road," said lead singer Tom Lansek.

Independently released through their own label Pieter, the Triple J feature album debuted in the top 30 ARIA charts and top 20 on iTunes, and also received a much-lauded nomination for Triple J's Album of the Year.

"We've often just relied on the party songs to get us through a set in the past, but we're excited to be releasing Leaving Home as a single as it will introduce people to the idea that we're looking to focus a bit more on the slower material," said drummer Jo Syme.

Off the back of this local success, 2012 looks to be the year that Big Scary makes its mark on the international stage. In March the two-piece will perform at SXSW and Canadian Music Week, before embarking on an East Coast and West Coast run of dates in North America.

Stay tuned for the announcement of the special guests who will be joining Big Scary on the 'Vacation' tour this April.

"One of the best Australian bands out there at the moment." We Are Hunted.com