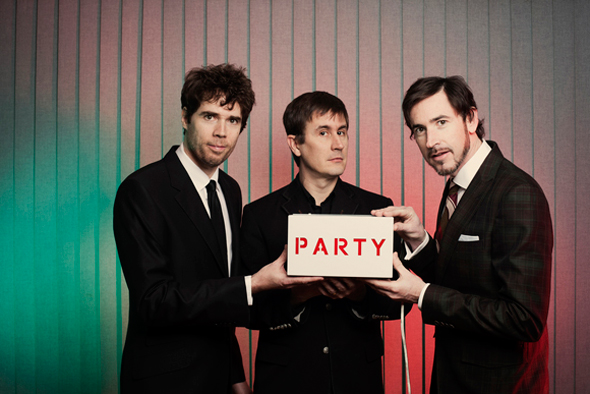 After releasing All Eternals Deck to critical acclaim last year The Mountain Goats will be bringing their unique brand of American indie storytelling to Australian audiences once again, playing six dates in May 2012.

All Eternals Deck is an eclectic mix of inspirations ranging from century old painting to 70s cult films, singer songwriter John Darnielle explaining that the tracks "cluster around themes of hidden things and the dread that hidden things inspire."

Recorded across four different studios each with a different producer, All Eternals Deck demonstrates how different seasons, moods, producers and locations play out into song, and confirms that John Darnielle is one of the most innovative and creative songwriters of this generation.

"Paradoxically passionate but controlled, uncompromising but instantly likable, All Eternals Deck is a certain career highlight for Darnielle." - Pitchfork

"Lyrically brilliant (as usual) and melodically addictive, All Eternals Deck is a compelling and essential album from every perceivable angle." - Time Off ****

"John Darnielle is without a doubt one of the finest songwriters working right now - a true American novelist." - The Brag ****