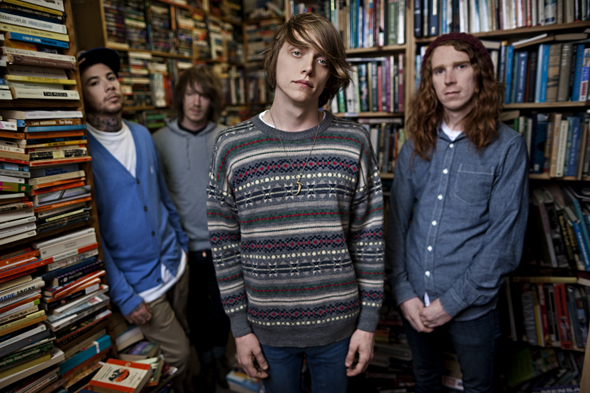 It was a special start to 2012 as The Getaway Plan spent NYE playing their third slot on Pyramid Rock Festival. Now as they prepare for their second stint on the Big Day Out national touring bill, they will also take time out of their already busy 2012 schedule with a suburban run in March.

Since the release of their long awaited sophomore album Requiem in November last year, The Getaway Plan have done their own capital cities headline tour and are now in the middle of an impressive festival run that will include Pyramid Rock, Big Day Out and Breath Of Life festivals. Following the festivals, the band will finally get a chance to play their new album to fans in suburban and major regional centres.

With first single "The Reckoning" taking off at commercial radio, and Triple J spinning current single "Flying Colours" on rotation, it is an eventful time for the four-piece who recently reformed after a two year hiatus.

Each show is over 18s with tickets on sale now! Good friends and incredible rock band Gatherer will be main support on all shows, with locals chosen by the venues to be added to shows.

Requiem is available physically and digitally via UNFD / Warner Music.